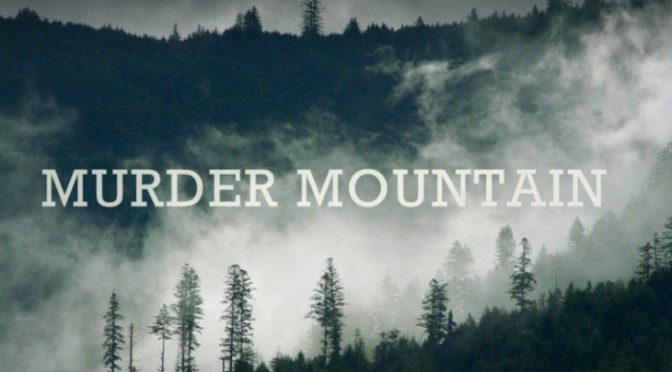 “You need to watch ‘Murder Mountain.“

Spoken somberly from a National Forest Service game warden, those words got my attention.

As we conversed at the National Wild Turkey Federation convention in Nashville, I asked if he ever worked Humboldt County, Ca.

And as I related a personal experience from there nearly 20 years ago, he recommended the six-part Netflix series.

“There are missing people, murders and drug trafficking. You were lucky to get out,” he said.

In 2002 me and my father set out on a mission to explore the Pacific Northwest after my great white shark cage dive adventure in San Francisco. I had heard a bit about pot growers in the area but nothing that seemed worse than where I live in East Texas.

Boy was I wrong.

One night on our trip we set out to try out our new night vision goggles and to record night wildlife sounds in the stunningly beautiful mountains in the Trinity Alps. When I tell you this was in the middle of nowhere it might be hard for you to imagine just how far unless you’ve been to that part of the world.

We pulled up a few minutes after the sunset and planned to stay through the night.

As Dad started taking out the equipment, I walked over to a good viewing spot to look down into the valley with the night vision goggles.

The moon was full so visibility was high.

If anything came into the clearings below we should get a glimpse, I thought.

Then I saw it.

A beam of light shot up toward our position.

“Dad, did you see that?” I asked as I pulled off the goggles.

“A light beam just shone toward us,” I replied.

Neither did I now that the goggles were off.

I put them back on, and a few seconds later I could see the light beam moving up toward us. I took them off and couldn’t see the light.

The drug activity warning hit me and I readied to retreat. I knew whoever was down there was not listening for bugling elk like we were.

Just as I shouted for Dad to throw the gear back in the SUV, headlights of a vehicle came on about 3/4 mile ahead of us.

We were on one side of a logging road that cut across a mountain.

This was on the other side of the mountain road. Someone had been signaled.

We shoved our gear into the SUV and sped out of there, but by the time we hit the road so did the truck from the other side. They were headed straight for us. At one point I was going 80 down the mountain, and they were just a few feet away—literally an arm’s length from hitting us.

I knew that was their goal.

After what seemed like forever we got to the base of the mountain on one of the main roads going toward Willow Creek. As soon as we turned back toward that little city, they turned back up the mountain.

Had I not went with my gut feeling, we might have been killed or at least gotten into a very tense situation.

Well, being chased down a mountain is pretty tense, isn’t it?

Over the years I have learned a few things about staying safe in the woods from people with bad intentions. Please share this with others.

It could save their lives.

#Bad Vibes: If you feel bad about going into an area don’t go. I am a follower of Christ. I believe sometimes this is the Holy Spirit telling me to stay away. You may not believe that, but just call it a “gut feeling” and go with it.

#Never Alone: As much as I love to be in the distant forest alone with my camera—don’t you do it. Always bring someone along. Preferably someone who is experienced in the woods. You are far more likely to get hurt by evil people if you are alone.

#Pack Heat: If it’s legal where you are then use your Second Amendment right, and carry a firearm. Make sure you are trained in its use and be prepared to do what is necessary.

Better you defend yourself against a maniac than become a statistic. Also, carry a large knife with you. In close quarters it could save your life.

#Study the Area: The Internet is a great tool for studying areas. If you find out an area is a high drug trafficker area for, for example; avoid it like the plague.

I have several areas I no longer frequent because of this issue.

#Stay Calm: If you do encounter people in the woods who seem uneasy or a bit shifty, stay calm. Getting angry or showing fear is a good way to trigger someone who has violent tendencies.

#Travel Plan: Leave your spouse or close friends a travel plan and let them know the points you plan to explore. Give them a time frame. Let them know to call for help if you have not returned by a certain time or day.

#Strategic Parking: Always park your vehicle facing out of the area as you check out. In a tight spot, you don’t want to have to back up and turn around during a retreat. Also park in a spot in a clear area that you can see from a distance. If someone is waiting on you or has moved into the spot, it will give you a chance to assess the situation and prepare.

#Don’t Try to be a Hero: If you see strangers poaching in the woods at night for example, don’t be a hero and try to stop them. They are armed and probably will use their weapons on you if you try to stop them. Call and report activity to local game wardens and get out as quickly as possible.

#Buy And Carry A Beacon: I carry a Spot-X beacon that will alert all rescue personnel at the touch of a button. Don’t rely just on a cell phone. Get a beacon of some kind too.

#Talk To Locals: Not all information is on social media. Talking to locals in a gun shop or sporting goods store can give you good intel on the local region.

Seeking wildlife in the mountains and forest is one of the most exciting things a person can do, but it has its share of dangers. Keep these tips in mind and you should be available to avoid any serious trouble.

After studying a map, I was probably 10 miles or so from the actual Murder Mountain documented in the series but deep in a county with many missing people, murders and mayhem.

Do you have any harrowing stories of running into dangerous people in the woods? If so, email me at chester@chestermoore.com. 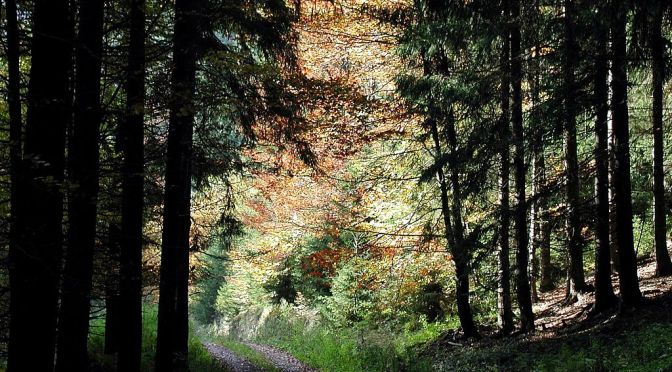 It’s a name that invokes horror some 40 years after this despicable reign of terror.

And that was the name carved into a tree deep in a national forest in Utah where Josh Slone was bowhunting mule deer.

“It was an old inscription and it was chilling, especially knowing Bundy lived in Utah and killed people there,” Slone said.

There are other alleged Bundy tree carvings but this one was far, far off the beaten path.

Had one of the most evil people who ever walked the planet actually carved that into the tree?

There is no way to tell but there is no question that bad people often do the worst things in remote places.

A couple of years ago someone asked me what was the most dangerous thing to encounter in the woods.

Since I’ve written and broadcasted extensively on cougars, snakes, feral hogs and bears they were expecting one of those as the answer.

“There is nothing more dangerous than people, especially in remote forests and mountainous regions.”

The answer came from collecting stories as a journalist over the years and my own personal experiences which I will discuss in upcoming posts and broadcasts.

The stories are omnipresent.

Take for example the caller to my radio program “Moore Outdoors” on Newtalk AM 560 KLVI who found a body burning while teal hunting with his son south of Houston.

Another caller revealed that in the 70s he and his father were out night fishing near High Islalnd, TX and see someone against the shoreline burying something and decided to leave.

Turns out it was monstrous serial killer Dean Corll who brutalized dozens of teenage boys.

Remote areas are often the most peaceful but due to the isolation can be extremely dangerous.

My goal is to educate people on what can happen in these areas and how to be prepared so that all deep woods hunting, fishing and wildlife viewing trips are safe.

That will require bringing to light some uncomfortable facts. And it will also involve creating a system of proactive safety.

I see these human-related threats falling into four categories.

*Idiot Hunters: These are those rare , unethical, clueless hunters who should not be in the woods (and give the rest of us a bad name). Every years stories of people shooting someone because they heard something coming through the bushes. This is probably statistically the most dangerous human threat because of the widespread nature of hunters in America.

*Poachers: Encountering a poacher in the woods can be dangerous if they assume you will turn them in or if you make the mistake of confronting them instead of law enforcement handling the duties. It’s not as dangerous as it is in Africa where organized crime and even terror cells are involved in high stakes rhino and elephant poaching but it is a potential threat.

*Drug Trade: Finding meth labs and pot farms is not good. People do not want their operations found out and will go to any length to stop someone from squealing.

*Predators: This is the highest level. This is coming across someone hunting humans whether to rape, kill or terrorize.

There is no way to tell if the Bundy inscription at the beginning of the story was actually made by that monster but think about what would happen if you had stumbled upon him carving into a tree with knife in hand.

Would you be ready to defend yourself? Would you even be suspect of this person?

There are lots of questions that need answering and we will do that here and on my other media platforms throughout 2020.